MAKING A CONVERSATION PIECE OUT OF ALL THAT STUFF YOU COLLECT, BUT HAVE NO IDEA WHAT TO DO WITH. 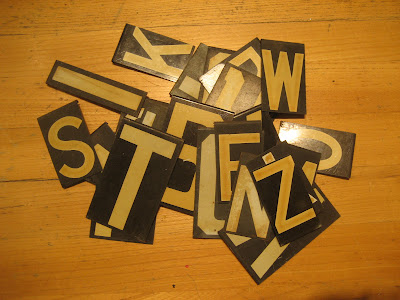 People, that's you, are always telling us they have this box of stuff under their bed or at the back of their closet, full of things they love, but have no idea what to do with them.
We say frame it in a shadow box why don'tcha?
To be used as an example, we have a collection of early 20th century marquee letters that when put together,
make the entire alphabet. 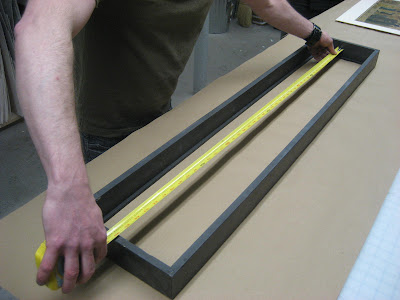 After we layout our letters and design what we'd like the final piece to look like, we just order a frame. Luckily we have a frame shop, so we can do that. It's like magic.
We then do final measurements for our frame installation. 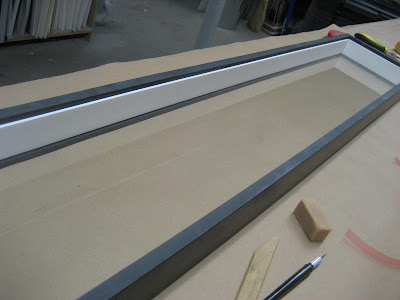 We then simply, line the walls
with the same color as the background, which
holds the glass to the front to create the "box" look. 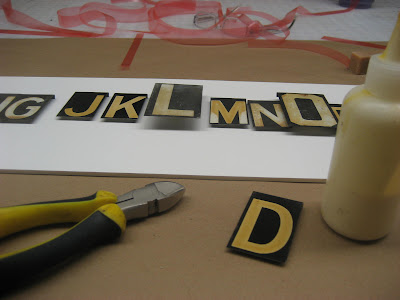 Now, we will raise the letters at different levels to create an unexpected texture to the piece. We'll raise and lower objects in most shadow boxes 'cuz it just looks cooler. 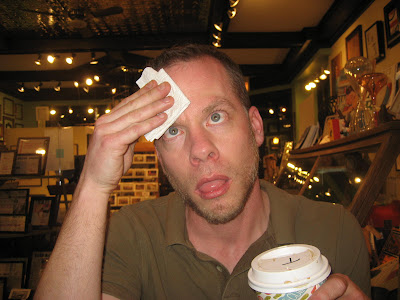 After our glue has dried and we're recovering from the arduous task of individually mounting 26 letters to its backing, we have some coffee. 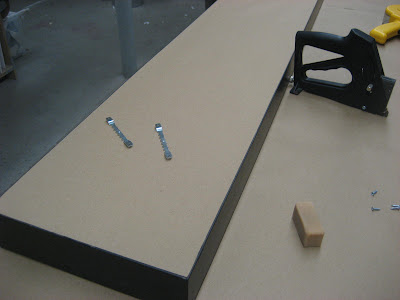 Time for the final "fitting" process of fastening it in and putting a paper seal on its back to make the back look pretty. You're never going to see the back again so, it's important
that it looks good to the wall, who will be
looking at it, up close, for the rest of its life. 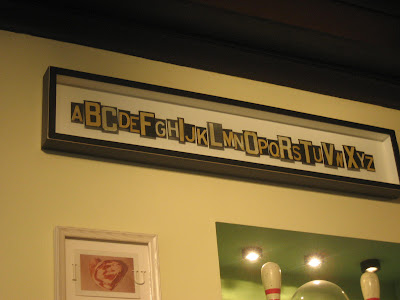 Time to hang it up, pat ourselves on the back, and compliment each other on how creative we are!
Todd Mack-Proprietor/FOURSIDED & TWOSIDED 3.5.09

Posted by Foursided at 5:20 PM 1 comments

Foursided
Our goal is to bring imagination to life with art, ephemera, and antiques.